With the lucrative and high-profile adaptations of Marvel and DC comics being near-ubiquitous, it’s sometimes easy to forget that comic book movies exist that came from works not published by the Big Two. One of the best of these, V For Vendetta, will be available to stream on Netflix from June The film was released in 2006, during that odd period after the trend in comic books movies was well underway but before the rise of the MCU changed the game forever. 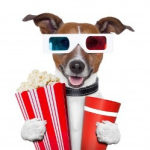 Article: 14 TV Shows & Episodes That Are Too Scary To Finish, No Matter How Brave You Are

Best VPNs For BitTorrent Use

What Do You Think About Setting Up Your Own Outside Movie Theater!