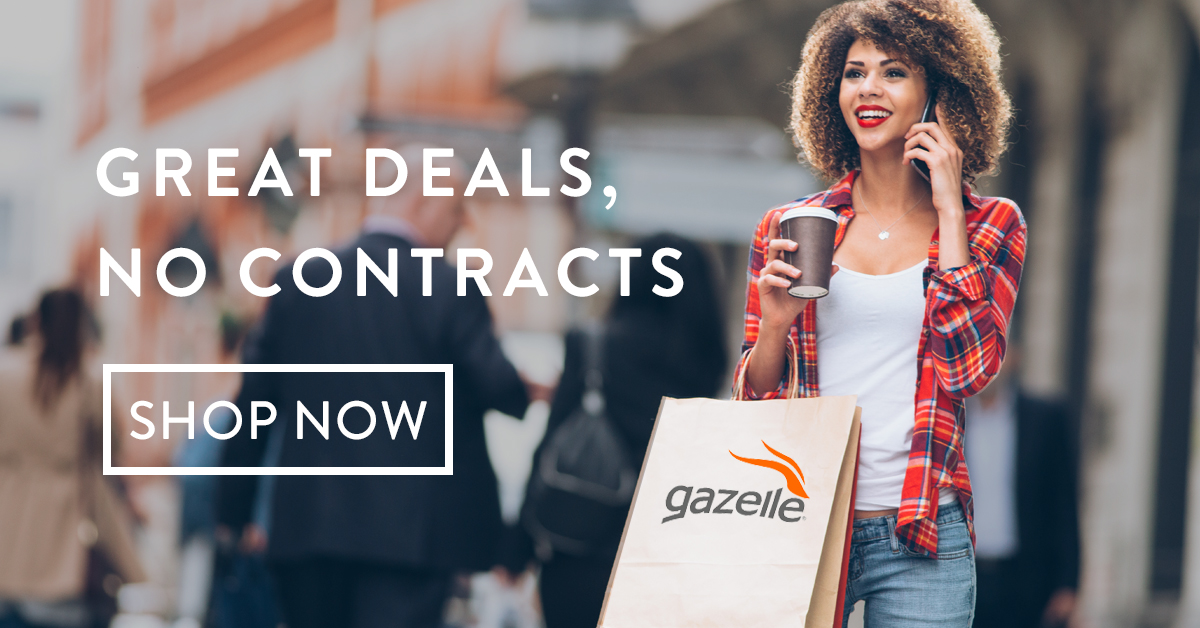 It’s common behavior to trade in a car when you are ready to purchase a new one. Trading in benefits both parties—the seller secures more money upfront to offset the cost of the new car and the dealer can resell the used car for a profit.

We’re starting to treat our smartphones and tablets the same way. We trade in older devices and use the money to offset the cost of the new one.

Gazelle was the first company to see the value and the need for a comprehensive gadget trade-in service as smartphones started to hit critical mass. Over the past few years, Gazelle has accepted nearly 2 million devices. In the process, we have gained enough experience, knowledge, and data to launch the Orange Book, a guide to help consumers predict the future trade-in value of their devices before they even purchase them.

In our first edition, relying on historical market trends, we reveal when to trade-in your phone as well as what brands retain their value over time. Here are some tidbits: You might be surprised to learn that buying a phone with more memory for photos and videos doesn’t actually help its resale value. And, we dispel the myth that broken phones are worthless.

As sleek and special as today’s phones have become, they are not fine wine or art. They lose value as they age. By leaving a handful of phones in a desk drawer as “backups” you leave money on the table. You wouldn’t keep your old car as a backup when you get a new one, so trade in your phone as soon as possible to earn back the most cash. Much like cars, phones are worth less as new models are introduced and the older models age.

So, which brands depreciate the fastest?

According to Gazelle’s historical data, iPhones tend to hold their value longer than most other smartphones, with Samsung Galaxy phones coming in a close second. Both Apple and Samsung beat other manufacturers by a large margin because of strong global demand. Let’s take a look at how other brands stack up against them. 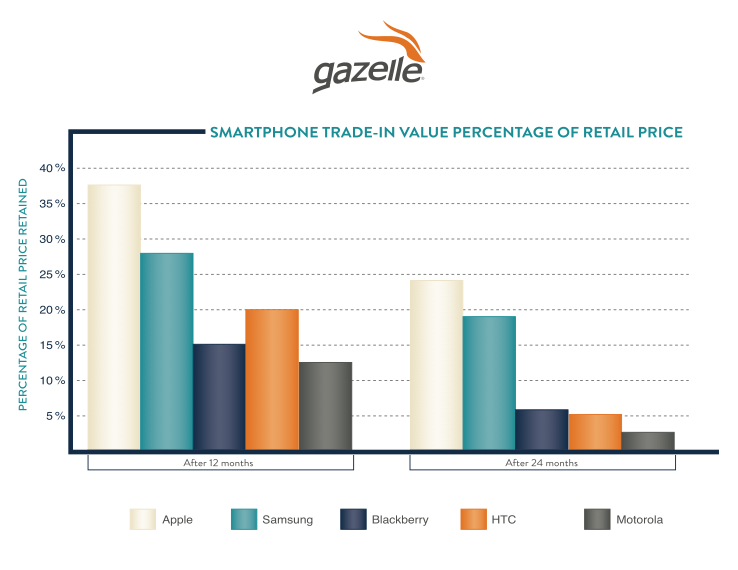 As seen in the chart above, even after a new iPhone has been out for a full year, it still retains almost 40% (or more than $240) of its retail value. That figure drops to 24% ($156) after two years, when most people are eligible for an upgrade. That means if you bought the iPhone 5 when it came out in September 2012, you could still earn a significant amount of money this fall when the highly anticipated iPhone 6 is expected to be released.

Samsung Galaxy phones retain their value similar to the iPhone. After one year, a Galaxy is worth almost 30% (or about $160) of its original retail price and almost 20% (or about $100) after two years. So Galaxy owners can expect to receive about $100 after two years when their carrier contracts have expired and a new model comes out.

While HTC phones are the third best in terms of holding value, there is a tremendous drop-off between a Samsung Galaxy and HTC. On average, HTCs retain just 20% of their initial retail price after the first year, followed by Blackberry (16%) and Motorola (13%). But all three manufacturers retain only 3-6% of the phone’s initial value after two years, far less than the average 24% for iPhones and 19% for Galaxy phones.

So, if trade-in value is a priority, iPhones and Galaxy phones should be at the top of your list, especially if you plan to upgrade consistently. 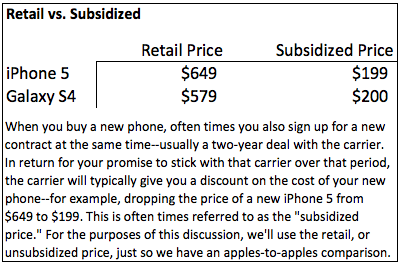 The brand is not the only factor that impacts value retention. An iPhone’s base memory capacity is 16GB or you can pay an additional $100 for 32GB of capacity, or $200 for 64GB. But think carefully before you buy that extra storage.

According to our historical data (see chart below), the $200 you spend for 64GB of capacity is worth only about $70 of trade-in value the moment you leave the store. After one year, the extra capacity is worth less than 5% of its initial cost on the trade-in market. That’s about $9 of the original $200 paid for those 64 gigabytes, and it drops to $6 after two years.

*Apple frequently introduces lower-priced, 8GB versions a year later. Those models are excluded from this analysis. 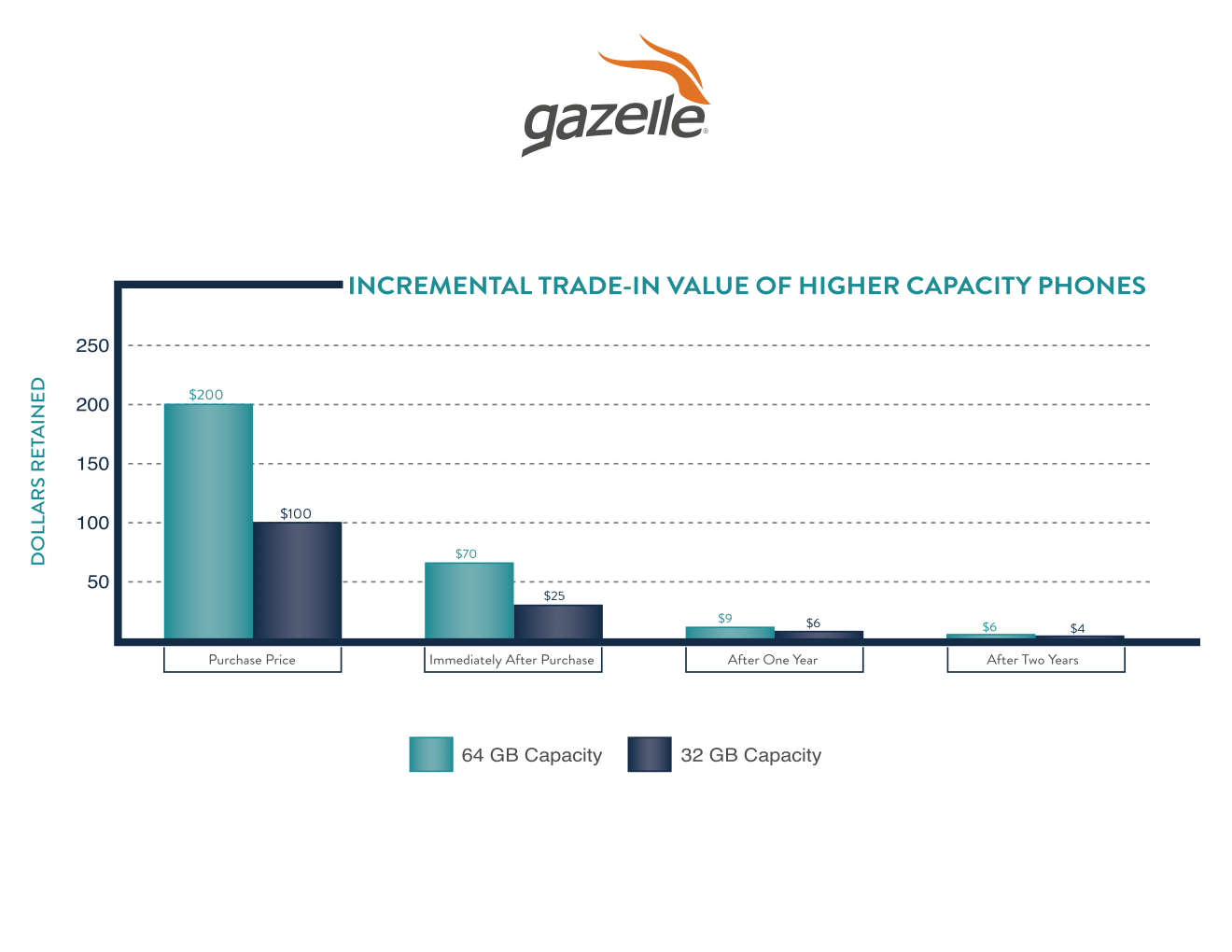 Buying additional storage may make sense if your playlists read like novels or you are a shutterbug who takes (and keeps) a ton of pictures and video. But given the low rate of return on capacity, consider online storage (“the cloud”) rather than paying for an asset that will diminish sharply in value immediately. The dollars you invest in gigabytes will, in fact, look like pocket change when you trade your phone in.

Take care of your asset

Obviously, a phone that looks brand new is going to be worth more than one that has taken a bath in the washing machine. But you may be surprised that even broken phones have value.

So, what kind of damage does breaking your phone do to your wallet and what is it worth to get a really protective—if unattractive—case to help keep it safe?

When it comes to phone cases, in the battle between fashion and function, function always wins. Despite an initial investment of $20-60, a quality case is a wise purchase when it comes trade-in time.

According to our data (chart below), a Galaxy or iPhone is only worth about 16% of its retail price, or less than $100, if it’s broken when traded in after just six months on the market. That value drops to 11% of its original value if broken by its one-year anniversary. 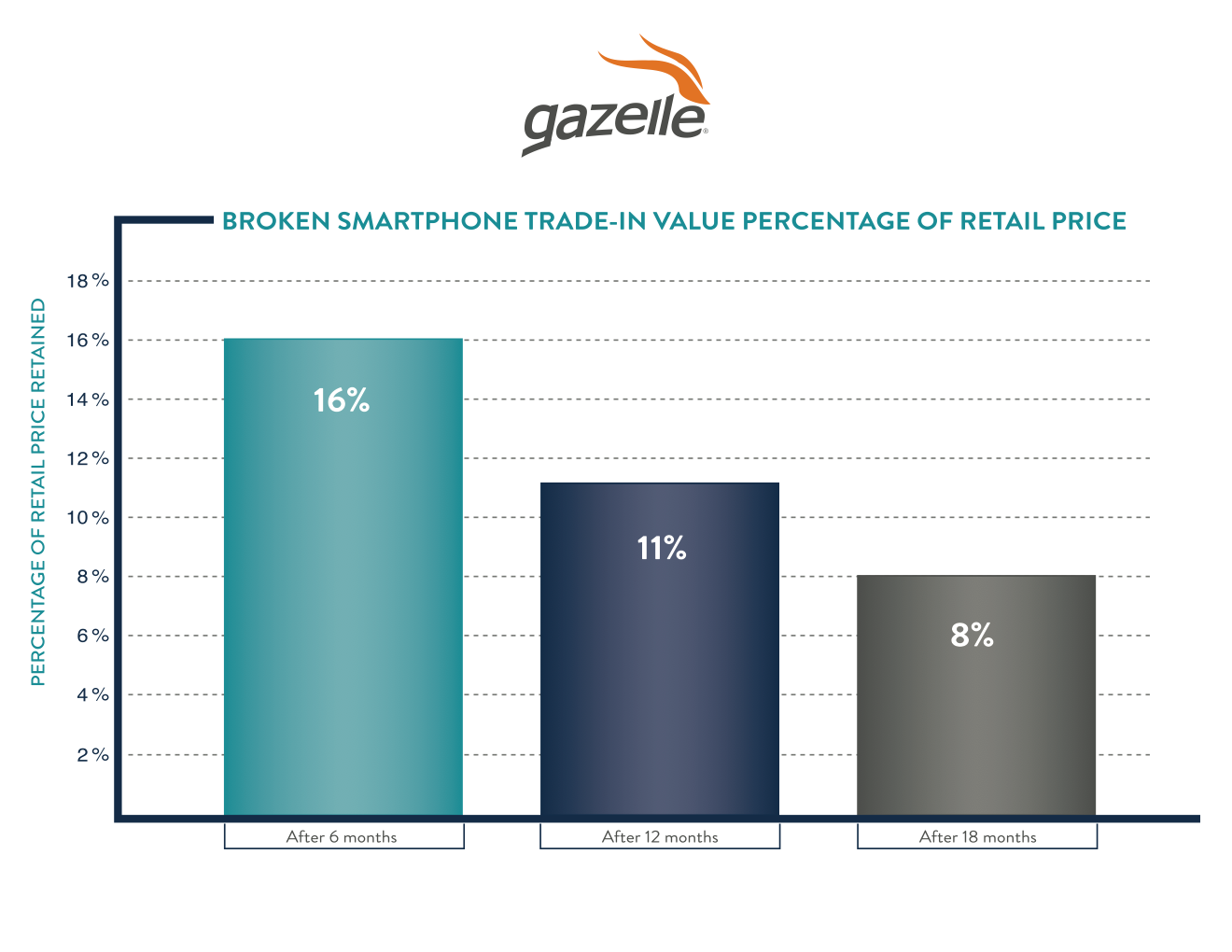 Before the phone is two years old, that smashed screen has cut your phone’s value down to only 8% of its initial retail cost. Compare that figure with 24% of retail value for a two-year-old iPhone in good condition and 19% for a Galaxy. You could lose as much as $100 by breaking your two-year-old phone. But don’t forget, your broken phone is not worthless it’s just worth a lot less.

A case is a worthy investment, even if it makes your phone look like it’s wearing the technology equivalent of a bicycle helmet. It can save you a headache down the road.

Always consider what is most important to you when purchasing a new phone or taking care of your current device. But if you want to maximize the value of your next phone purchase, remember that brand has a tremendous impact on a phone’s trade-in value. Our historical data indicates that Apple and Samsung currently lead the pack.

Keep in mind that more storage capacity does not correlate with greater trade-in value. And remember, once you purchase your phone, treat it gently. Breaking your phone will significantly decrease its trade-in value — but you can still recoup some cash for that destroyed device.

Ultimately, when buying a phone, it comes down to personal preference, needs, and priorities. However, with a greater understanding of maximizing trade-in-value, we aim to help you make an informed decision. No matter which phone you choose and when you remember that your old device holds some value and should never wind up in a drawer….Or worse, the trash (see Gazelle’s recycling policy).

*This post contains affiliate links and I will be compensated if you make a purchase after clicking on my links.